Home » News » Industry news » Is it better to use an axial fan or a DC fan for the cabinet?

Is it better to use an axial fan or a DC fan for the cabinet?

Is it better to use an axial fan or a straight fan for the cabinet? Today, Xiaobian from Linkwell will give a general explanation;

In the new era, cabinets are used more and more widely. For a cabinet, the fan is to help the cabinet to run better, and it will not be burned out due to excessive temperature, poor operation. Therefore, it is necessary to control the heat emitted by the servers and prolong their lifespan. Many friends understand the importance of cabinet fans, but many of them have no idea how to use cabinet fans. They have heard of using fans, but they do not know whether to use axial fans or DC fans. and so on. In fact, the DC fan is only a kind of axial flow fan. 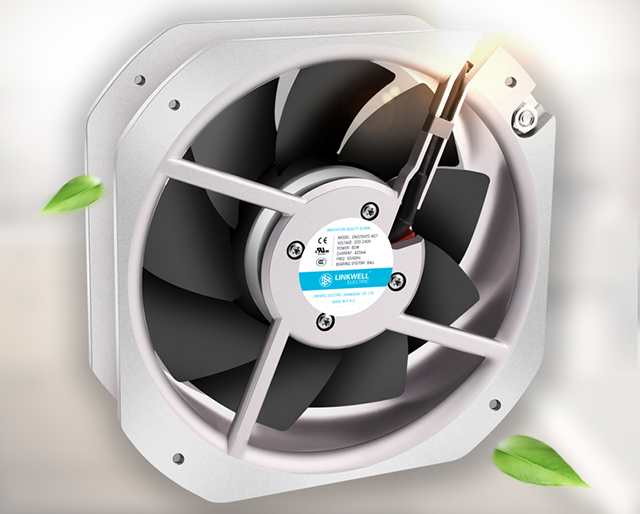 The DC fan drives the rotating fan impeller to rotate by inputting the DC power supply and the DC motor, so as to realize the mechanical energy conversion process of the DC fan energy. The big feature is the optional DC fan motor. The speed measurement signal of the DC cooling fan is generally output from the three-lead plug. The yellow and black of the three leads are +12V power supply and ground respectively, and the other color line is the speed signal output line. It should be noted that the third lead of some three-lead DC cooling fans is not the speed measurement signal output line, but the speed control signal line, through which the speed control signal is input to the DC fan motor. So far, there are two types of monitoring methods for the fan itself: alarm sensor and speed sensor. Using the alarm sensor, an alarm signal can be given when the fan speed is lower than a certain threshold value, and the speed signal output can realize real-time monitoring of the fan speed. . The small DC fan has various characteristics such as safe operation, high temperature resistance, and good performance; (here, Linkwell recommends that the small DC fan for the cabinet is enough)

The difference between the two lies in their power supply methods. The DC fan uses a DC generator to work, and the axial fan is generally an AC power supply, which is divided into single-phase and three-phase, that is, 220V and 380V;

As mentioned above, here Linkwell recommends using a full set of matched axial fans and filters to save a lot of unnecessary trouble.